Do not despair. When you are tired of a sunbed on the beach there is a hinterland waiting to be explored..

Are you visiting the region for the first time ? Maybe you have been here several times previously, again attracted back for varying reasons, such as: Oludeniz is a relatively small resort where friendships are formed to be sealed and never forgotten. Oludeniz enjoys a seascape unequalled anywhere in the world: backed by the Western Taurus mountains and fronted by a sea of Turquoise blue.

Just for a dayâ€¦forget the beach and the boards advertising organized tours. Head away for the hills and the countryside...

Have you ever wondered what the area was like prior to any conveniences: power conveyance etc.? It was an isolated paradise... so isolated that the only mode of transport was the mule or shanks pony ! Villagers lived in small whitewashed houses integrating living area and bedroom with the bathroom an outhouse.

What were their expectations ? Fresh fish, onions, summer vegetables and the once-a-year sacrificial lamb. Girls were not generally sent away to schoolâ€¦ and the boys received the basic 3Râ€™s. The people lived in Amish style plowing with Oxen, a following a centuries old farming Almanac. So what happened ? â€¦ Well, roads were opened, narrow but tarmacked and in 1984 Dalaman became an international airportâ€¦

Previously a â€˜foreignerâ€™ was a visitor from Istanbul, but now the real item had arrived. Three cheers! The local people loved, admired and copied them. Soon girls who had been walking round the garden in pyjamas and plastic shoes were out in shorts and high boots. Visitors found Fethiye a fine place: its market, its harbour and all the friendly tradesmen offering them glasses of apple tea.

â€˜Why not own a country property out here near the seaâ€™, was an option many espoused. â€˜Even better stillâ€™, thought the local carpenter: â€œthey can become our neighboursâ€™.â€ And so he became an Estate Agent.

Eventually the big boys came inâ€¦.extending planning permission for construction into the farming villages. Within a couple of years large complexes with central swimming pools sprung up in the old almond orchards. Olive groves became blocks of holiday apartments.

The panorama of this mountainous terrain and turquoise shore retains its original beautyâ€¦ But where are the villages of yesterday, where is there undiscovered countryside? It exists still awaiting for your visit. Most of the local people you meet are/were from villages. Many families decided that a flat in Fethiye was more convenient than a muddy village lane with a cow in the back garden. So they sold their land to speculators and bought into â€˜co-opâ€™ flat projects.

Do not despair. When you are tired of a sunbed on the beach there is hinterland waiting to be explored near Oludeniz.

Five million years ago ice melting on the Eurasian plateau flowed south to form glacial canyons which today form the Seven Capes of of the Babadag range. Her forest-covered slopes reach up to are peak at 1969 metres. The mountain claims relic endemic plant species due to its proximity to the seaâ€¦just 1.5 kilometres.

Today this proximity accounts for Oludeniz being a prime Paragliding venue.

Babadag and its sister mountain Akdag are home to ageless moss-adorned cedar forests within which roam lynx, wolf and wild boar. In spring and autumn locals search within fallen pine-needles for valuable mushrooms and also collect forbidden firewood.

The mountains welcome you too. Maybe the flat plains of Esen (Xanthos) and Fethiye appear too full of cemented domicles and plastic greenhouses for a country experience. If you wish to see some real countryside head for the mountains !

Sleepy villages huddle beneath overhanging ridges. By day cowbells ring out through summer pasturelands. By night the grey owl hoots beneath a starlit sky. Village life has not changed much in these foothills. Local women congregate round the well â€¦old men crouch against ancient walls lingering over a cigarette, gossiping more than women would.

What do they discussâ€¦? Not tourism. Their interests are different; bee-keeping, planting according to the phases of the moon; inscriptions which may lead to the discovery of buried treasure ( very exciting if only they could decipher classical Greek). In this countryside time does not â€˜stand stillâ€™ however seems an un-necessary accessory...but a passage which leads to the after-life.

Just for a dayâ€¦forget the beach and the boards advertising organized tours. Head away for the hills and the countryside.

You can hire a car or put on your trekking boots to wander off and away to the hills. Take your camera and a few sweets. English is taught in primary school so the children are likely to quiz you on many subjects. For instance: Do you know Bob Smith who stopped by last year and sent them a postcard of Tower Bridge?

Just a final piece of advice: Whether walking, cycling or driving you will need a mapâ€¦.none are perfect but the best one is: â€˜A Map of Ancient Lycia with detailed route plans fort excursionsâ€™: scale 1/250,000. They cost about 5TL each.

We hope you have enjoyed this short article. There is of course so much more one could add. For example why donkeys prefer thistles or why well-stones are only worn away on one side.

As I write this I feel I know you readers already.

We should be happy if you shared your experiences with us so that we can pass them on to others and of course reply to any queries you may have. You will find contact details on the back-side of the front pageâ€¦ 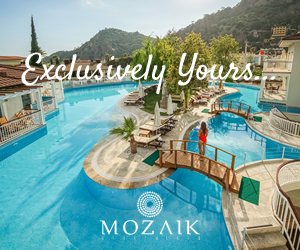